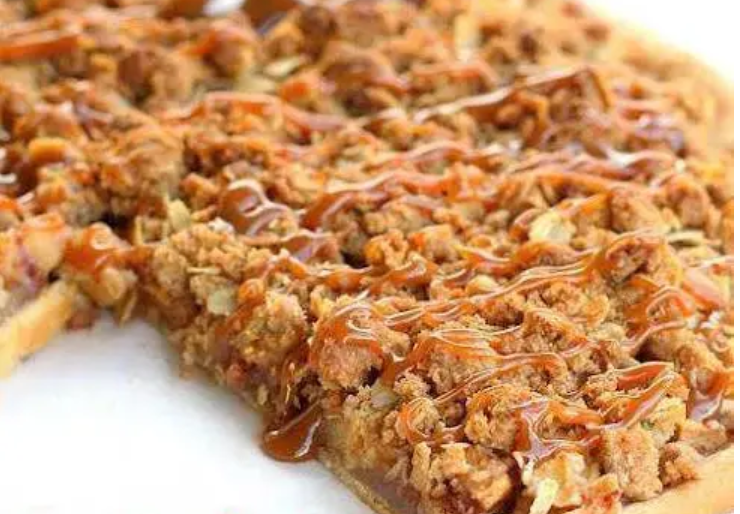 My husband’s favorite dessert is a warm apple crisp with a huge scoop of vanilla ice cream. A couple of year ago we crowned this the Perfect Apple Crisp recipe at least according to my husband’s standards.

But I think his favorite apple crisp has some competition from this Apple Crisp Pizza. If you throw a flaky pie crust into any equation, it’s gotta be good.

And it was. Thank goodness because this dessert redeemed me from an awful disaster of a dinner. Don’t ask.Don’t judge me but I totally used a store bought pie crust for this apple crisp pizza. I have yet to find a pie crust that I’m in love with. My goal for this pie season is to find the perfect one so I open to any great recipes you have.

Preheat oven to 350 degrees.
Roll pastry to fit a 12 inch pizza pan; fold under edges to give the pizza a bit of a raised crust. Combine sugar, flour and cinnamon in a medium bowl. Add peeled, diced apples and toss. Arrange the apples in a single layer over the pie crust to completely cover it.
For the topping: Combine the flour, brown sugar, oats, cinnamon, and butter in a bowl. Mix well. Sprinkle topping evenly over the apples.
Bake at 350 degrees for 35-40 minutes or until apples are tender. Remove from oven and immediately drizzle with caramel topping. Cut into pizza slices and serve warm with ice cream. Makes 12 servings.
Share with your friends. 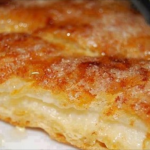 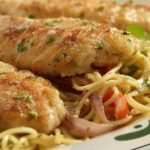