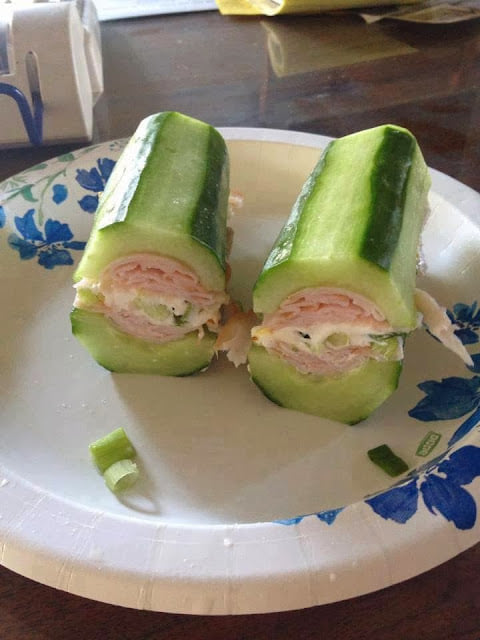 ARE CUCUMBER SANDWICHES HEALTHY? Yes! Especially if you make them low carb by using the cucumber as the bread. Sometimes people think of cucumber sandwiches as little tea sandwiches on white bread with cucumbers inside. As you can see, these are not that! My version of homemade cucumber subs is definitely both healthy and delicious.

HOW TO MAKE CUCUMBER SANDWICHES Making low carb cucumber sandwiches takes just a few minutes! Cut them in half lengthwise, then cross-wise. Then, scoop out the seeds using a spoon, like this:

Cut the cucumber lengthwise, from one end to the other. Remove the inside of the cucumber to make room for your sandwich fillings. Add meat, vegetables and other sandwich preparations inside the cucumber. Placing one half of cucumber on other hal 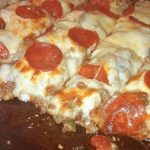 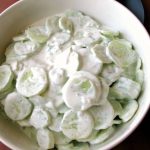